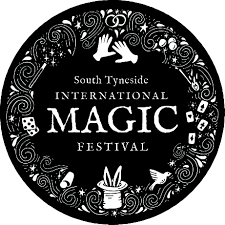 The performer revealed that his interest in magic started when he was a child, following him receiving a present that was meant for someone else.

“But my mum rewrapped them and mixed them up and I got the magic set – and never looked back.”

Philip will be giving a lecture during the convention which runs alongside the public magic shows, where professionals and other enthusiasts will watch him perform in front of an invited audience from local schools.

His performance will give his fellow magicians the opportunity to see how he has become so successful in children’s magic and how he interacts with a young audience.

Although originally trained as a pharmacist, Philip gave up his job at the famous Alder Hey Children’s Hospital to pursue a full-time career in magic.

It was a gamble which paid off, with Magic Philip constantly being booked for high profile parties, including one of Brooklyn Beckham’s birthday celebrations.

As well as the Magic Philip character, the magician also performs for adult audiences and had made a number of tv appearances on shows ranging from BBC’s The Weakest Link to ITV’s I’d Do Anything.

And he’s particularly looking forward to appearing in South Tyneside.

“I’ve been to the convention as a delegate a couple of times so it’s fantastic to be invited back to present to the other magicians,” he said.

“It’s such a highly regarded event on the magic calendar and I can’t wait.”

Councillor Alan Kerr, Deputy Leader of South Tyneside Council with responsibility for Culture and Leisure said it was great to welcome Philip back to the event.

“It’s fantastic that someone who has attended as a delegate can now come back as a performer and can share his expertise with his fellow magicians,” he said.

The South Tyneside International Magic Festival, which is organised by South Tyneside Council, is now in its 15th year and runs from 15 – 18 March 2018, in partnership with The Customs House and Magicbox.

Along with the Family Magic Extravaganza on 15 March there are two public gala performances at The Customs House on 16 and 17 March, featuring a whole host of top acts.