Punch and Judy –
The Traditional Action-Packed Puppet Show
That Will Have Your Audience
On the Edge Of Their Seats
With Excitement and Laughter! 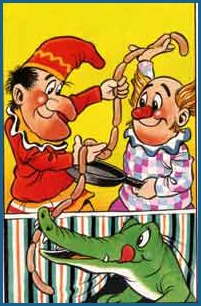 A good Punch & Judy show is full of action, excitement and slapstick fun. I doubt you will ever see children so thoroughly engrossed, laughing at the antics of these puppets as they act out their age-old drama.

Adults thoroughly enjoy the show as well, but I recommend that you sit where you can watch the children’s faces. That is where the real magic is.

A good Punch and Judy show completely involves the audience. There’s interaction throughout between the children and the puppets. It is the children who help the other characters as they try to catch and outwit Mr Punch, who really is a bit of a bully!

Punch and Judy party entertainment and magic shows cover the North West include Manchester, Cheshire, Liverpool, all of Lancashire and West Yorkshire.

“The best Punch and Judy Show I have ever seen.”

A true story to demonstrate the power of a puppet show

If you haven’t seen a professional Punch and Judy show, it’s hard to imagine just how powerful it is. Some years back, when I still lived in Dublin, I was booked to perform at the St John of God’s Day Care Center in Islandbridge. They care for people with intellectual disability.  Each summer, they would take the day-care children and teenagers as residents for a week, to give their parents and families a break.

On the last night there’d be a party and I’d perform my Magic and Punch & Judy Show. On this particular occasion a fourteen year-old girl with Down’s syndrome sat in the third row. She looked extremely glum and glared all during the magic show – didn’t even smile once, even though the rest of the audience were having a ball.

During the Punch & Judy show, Judy is questioning Mr Punch as to the whereabouts of the baby. Mr Punch denies knowing where the baby is. Suddenly a voice bellows, ‘Yes you do you miserable b*****d. I saw you’. It was this same girl, now standing on her chair, gesturing wildly at Mr Punch. She was totally emotionally involved and every time Mr Punch tried to get away with some bullying or misdemeanour, she roared warnings to the other characters or abuse at Mr Punch. I can tell you, it was quite an experience for me.

After the show, when the audience left, the organisers told me she had been there for the full week and she hadn’t spoken a single word to anyone until the Punch & Judy show. That’s the power of a puppet show.

“Martin had the party/kids under control right until the end. Both parents and children loved it!” Shelley Holt, Hawarden, Deeside, Flintshire

“Children spellbound and two 82 year olds laughed so loudly they could be heard outside the building!” Georgina Cope, Stockport

“Martin was involved from beginning to end, and really took the stress out of managing 20+ children – William had a wonderful day and the party’s been the talk of the town at the kid’s playground.  I had high expectations as far as the magic was concerned, and these were all met, with aplomb – although aimed at the children, there was always something for the adults, too. I hadn’t expected the party games to be such fun for kids and adults, and so much better than pass-the-parcel and such – it kept the kids (and most of the grown-ups) busy while we sorted out the balloons and food.  I’ve already passed on your details to a friend, and I’ll be glad to do so in the future.” Paul Jones, Knutsford

“Thank you for providing a wonderful 2 hours of entertainment. The parents were amazed how Martin captured all the children’s undivided attention and made them laugh.  He included everyone in the show which was really nice and all the parents commented on how great he was. We will certainly recommend you and I was really pleased that I found you on the internet, money well spent for the looks on the children’s faces as he performed the magic. Many thanks for a great day and we look forward to booking you again in the future.” Jo & Rob Gillman, Sandbach

“Thank you so much for the fantastic entertainment you provided for the children at our wedding last week.  Everybody was so impressed with not only the show but how well you kept the children’s interest for so long.  To have such and age range and for all of them to stay seated for 2hrs was amazing.  The adults really enjoyed watching you also and were able to relax whilst the children were happily joining in with the magic show.  The Punch and Judy was a great hit and we really could not have been happier.  You were a pleasure to deal with from start to finish and provided a first class, professional service. We would be happy to recommend you to anyone.” Sharon and Chris West, Great John Street Hotel, Manchester

“Martin was amazing as ever! I have never seen my little men laugh so much. They are all still talking about the show. He did a perfect job.” Louise Evans, Bramhall

“An enormous THANK YOU for providing the children’s entertainment at the renewal of our wedding vows at the Fishermans Retreat. Not only were the 40+ children all totally enamoured with your variety of show but also the 60+ adults too. Many quoted that you offered an authentic and traditional Punch and Judy experience which was JUST what we wanted! Not only that but you kindly performed some magic first before your allotted time had even begun! Amazing. We would love to repeat the whole day but I know that your show was one of the main highlights for all who attended.” Lysha and Matt Holmes, Bury.

“Martin managed to turn a rowdy bunch of 25 6 and 7 year olds into an attentive, amazed bunch!  The adults loved the show too and were equally amazed by some of the magic on display. Many thanks for your communications in the run up to the party, it all went very smoothly.” Maria Bennett, Heaton Moor

“A big THANK YOU for your recent visit to St. Catherine’s Primary School, Lowton. Our Y1 and Reception children absolutely loved the show. Martin was fantastic and had the children in fits of laughter! They were left with their mouths wide open in astonishment at his magic tricks and were left wanting more by the end of the show! It was an amazing end of term treat, and I won’t hesitate to recommend Martin to colleagues and friends.” Vicki Redcliffe, Y1 teacher

“The kids Christmas party went down really well and the feedback we’ve had from both parents and children regarding Magic Martin has been fantastic. He certainly kept the gaggle of ‘little darlings’ entertained and happy during his show, we couldn’t have asked for more.” Rob Elliott, Club Secretary, Eccleston Bowling Club.

“The children and adults were amazed and were talking about the show for ages afterwards. Thank you – you truly helped make our wedding day perfect!” Catherine & Ian Parker, Buxton. 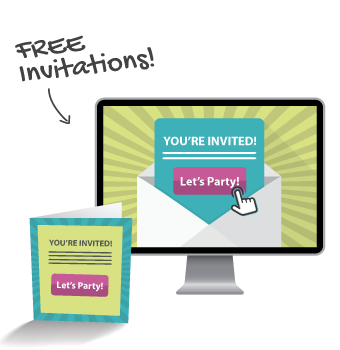